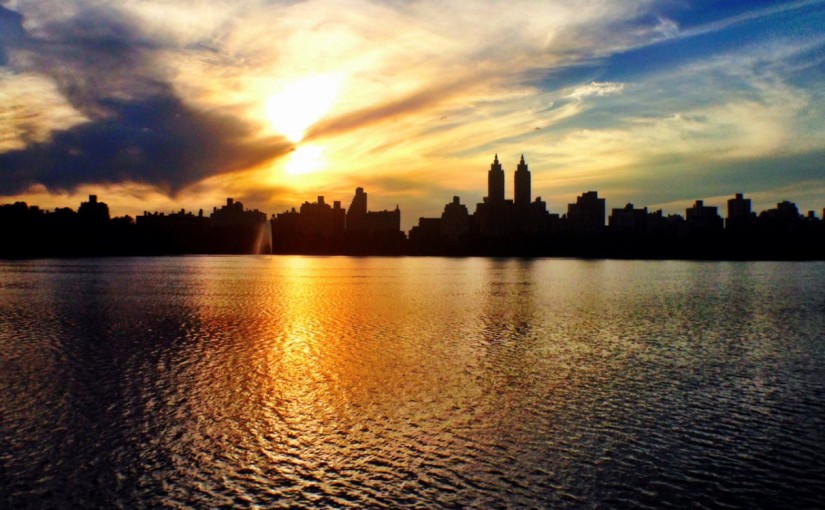 This was the promise I desperately clung to for 212 days: ‘…Don’t be afraid. Just stand still and watch the Lord rescue you. The Lord Himself will fight for you. Just stay calm.’ (Exodus 14:13-14)

This had been the fortune: ‘You will be rewarded for listening in the next week.’ — a fortune cookie opened on Tuesday, July 29th, 2014.

The following chronicles the events of the next week, a week we wont soon forget:

Somewhere along I-95, between pit stops and Starbucks runs, the bustling city skyline of New York City faded into the rearview mirror, and with it the horrific events of the last 48 hours.

Just the day before, I had planned to divorce my husband, but then a text message (from God) changed my mind…

This is what it said,

Your gravest danger is giving up; ceasing to believe I can do wondrous new things in you and your world. For I have said, I will make a pathway through the wilderness and will create rivers in the dry wasteland.” – God, Isaiah 43:19

So in an effort to not ‘give up’ like the text said, I decided not to divorce my husband ( yet.) And instead go on vacation with him to South Carolina.

I’m just following through with the events God put on the calendar, I would say, reminding myself that this weekend had been planned long before my life imploded…

It originally began as a favor for a college friend; a speaking engagement at a summer camp that would have us traveling all the way from NYC to South Carolina: the land of sweet tea, barbecue, and our favorite church — Newspring.

Interestingly, we had actually never been to Newspring, but were ecstatic to think we could make the few hour drive to one of their services once the camp was over, after watching nearly every series online for years.

Come December though, the plot had thickened when the pastor of that church in South Carolina, was coincidentally on vacation in NYC. Even more exciting was that he was looking for someone to give him and his family a tour of the city, and (out of the 8.4 million people living in NYC) the duty fell effortlessly into my husband’s lap.

Even better, was they hit it off so well they agreed to meet once a year, every year. And thinking of the camp my husband was scheduled to speak at in South Carolina, they both marked their calendars for the first weekend of August.

…And for that, I was enraged at God!

Because now, we were to have dinner with the pastor and his family in South Carolina, and mere hours after I had told my husband I wanted a divorce.

Dinner of course, felt like an emotional circus; wrangling monkeys… and elephants…and the roaring feelings of if-only-they-knew, that were being blared over the megaphone in my mind.

The last thing I remember before closing my eyes to go to sleep that night, was asking God to calm my anxiousness, and to speak louder than my greatest insecurities.

And almost instantaneously I drifted off to sleep.

After watching services online for many years, sitting in our seats at that church was everything and more that we thought it would be.

Yet I still couldn’t get past how unfit – how incredibly unworthy – we were to be experiencing it.

…It was a mistake to have come.

Moments later, the pastor spoke these words to close the service — words I will never forget:

“…You may feel too messy, and like you don’t deserve to be here, but here you are — And it’s not coincidence, it’s providence!”

His words caught me off guard, and tears streamed down my face, as God addressed my greatest insecurities head on.

“It’s not coincidence you are here, its providence…”

I thought of the events God placed on the calendar long before my heart broke — the cancelled summer camp that had been scheduled for this very weekend.

I thought of the verse promising God’s rescue was coming, and the fortune that had me wondering if maybe God’s deliverance was coming in the next week.

I looked to my husband and found him wiping tears from his own eyes.

We were broken, messy… and right where the Lord intended us to be.

Maybe we were amid something deeply divine. Something confusing, but consecrated… One thing was for sure, it wasn’t coincidence we were here in South Carolina, it was providence.

That day I rushed out of the service, my fingers dialing my mom long before I could even make it out to the parking lot. I couldn’t wait to tell her what God had said and how it gave us such surprising hope in literally, our darkest days — We were right where God wanted us to be!

Some time later, and after I’d given my mom the play-by-play, my husband opened the car door in a fury, speaking fast and demanding that I drive!

I looked up to find him pale, and stumbling to sit down and catch his breath…

“Mom, I gotta call you back.” I said dropping my phone to my lap before I could even finish my sentence.

Nearly everyday I am reminded of the influential pastor that sat across from us that day eating Chic-Fil-A and discussing a mind-boggling job prospect like it wasn’t that big of a deal.

…There was no specific job opening for my husband… My husband’s job would be to come on staff and choose whatever job he wanted….???

There had to be a mistake…

I can remember fondly when the pastor had originally agreed to meet with my husband every year, we had danced in the kitchen at the thought — It was a once in a lifetime opportunity!

But how this — this whole getting paid in like, money, to learn from this amazing leader and to pick a job at his church… well, that was just ludicrous.

He so obviously, has no idea what a mess we were, I thought to myself.

“…So how is your marriage?” the pastor asked leaning in, as if he had just read my mind.

My husband and I smiled nervously at each other, for a moment fearing the outcome if we were exposed, but knowing this was our chance to be honest (and a chance for the pastor to change his mind. That is, if he had any common sense.)

Our marriage was crumbling, we told him.

(Though in fact, it had crumbled. Past tense.)

But something profound happened as I watched the man across from us, listen intently to my husband as he spoke.

As my husband spoke words of brokenness and burnout, mistakes and a desperate need for restoration in our family, I watched and waited for even the slightest hesitation to come into his eyes. Knowing full well this man, and this church, could have the pick of the litter and that surely, he would change his mind when he found out what a royal mess we were.

but he never flinched.

And I realized something powerful in that moment:

Just like the pastor, upon hearing our sob story and our greatest slip-ups, upon surveying the wreckage left of our lives, God exposes us for the mess we really are — and chooses us even still!

Oh, what a great day that was! Calling friends and family with praise on the tips of our tongues. Praise of a new job, and a new revelation that came just days after our world came crashing down,

…That God was not done with us yet!!

The months prior have been best described as waking up each and every morning wondering, praying even, that it was all just a horrific nightmare…

But on the morning of Tuesday, August 5th, we woke up for the first time wondering, praying even, that our reality wasn’t just a dream.

…And exactly one week to the day, that I opened that fortune promising ‘a reward for listening in the next week’!

But moving to South Carolina was only the beginning of that reward, because not only had God been planning to rescue us, He was preparing to restore us as well.

But that’s a story for another year…