Last night was a cliff-sitting, sunrise-watching, mai tai-sipping date night with this incredible man ❤️
Because I always want to remember how she had a pigeon friend named Sheila that came to visit her on the window ledge, and how cleeeeearly she knows the difference. (This is NOT Sheila.
I had every intention of taking a cute mother-daughter photo of her and I in Bethesda Fountain (that as of today, is filled with snow) But instead, and to her astonishment, I pushed her down and took a picture of that instead...
Never did I ever think I would be a homeschool mom... But alas, Covid has us all doing things we couldn’t have fathomed 365 days ago, am I right? 😅
| January 1, 2021 |
There’s so much pressure writing captions these days. All I really want to say is that it was so cold on our walk tonight that my hair literally froze in one massive glob of ice.

My family has had an ongoing cash reward for whoever finds the missing sippy cup, that was filled with milk, and got misplaced 3 weeks ago…

and this week we found it!

Although I wouldn’t categorize what we found as looking like ‘milk’ anymore – or tasting like milk for that matter – by the look of my daughter’s face when she took a swig! – Praise Jesus.

I also got in my first ‘NYC style argument’ with my husband, and am now fully aware of the problems it poses; because when you are exceedingly annoyed with nearly everyone in existence, and you live in a 650 sq ft apartment in Manhattan, and your daughter is sleeping in your one and only bedroom, and your husband is watching sports in the living room…

the only place left to retreat is the bathroom….

and the only place to sit in the bathroom, is the toilet!

Definitely not my most glamorous exit-in-a-fit-of-rage-to-prove-my-point scenario!

But I probably deserved it since my newfound New York attitude had me out of character and spitting off attitude that had me groveling endlessly the next day.

Then my sunglasses broke!

And my daughter woke up an hour early every. single. day.

I also got so lost in Central Park that even google maps couldn’t pinpoint the trail that I was on, and I broke my dining room table chair when I sat down to eat dinner  (which I don’t have to tell you is upsetting for more reason than one!)

And after a long night of having nightmares of mice. ..specifically mice getting their back legs stuck in the sticky traps I layed out and dragging their bodies still attached to the traps, by their front paws, squealing as they make their way towards my bedroom… The next morning, I sit down groggy and disoriented, my morning cup of coffee in one hand, and flipping through the latest Martha Stewart magazine with the other.

I pore over her promising tips on which grain will help lure your “ideal bird” to come eat of the $40 bird house you have in your spacious back yard that you had landscaped to look like a Japanese Garden. And continue reading, to consider her recipe for ‘Pork with Pears and Parsnips’ that she vows will make all your dinner party guests swoon…

I don’t even know what a Parsnip is.

And I secretly kind of want to punch you in your face!

So after a long week of being taunted by Martha, trapped in the bathroom, and pleading endlessly with my daughter to STEP. AWAY. FROM. THE. MILK CUP!!!!!  Naturally, the only thing that would suffice in reversing the trauma of this past week – other than therapy, of course – would be to dim the lights, and take a candle lit, lavender scented bubble bath where finally, I can be alone with my thoughts!

because our bathtub is broke!

Sigh. Only in New York City….

I doubt it’s any surprise to all of you who have been reading these past few months- but since starting this blog and writing out my thoughts each week, I have truly realized how despicably human I am! It seems like every week I am in desperate need of an attitude adjustment – a ‘Come to Jesus Moment’ if you will!

So after a week like that, I did what I thought would put me in my place, and I opened up my bible.

I read about Noah, and how out of obedience to God he built an ark…

I read about Abraham, and how even after he reached the land God had promised him, that ‘he was like a foreigner, living in tents’ -and I laughed, because boy can I ever relate to that now that I live in NYC!

But believe it or not, it was once I closed my bible and instead, got on Facebook, that the Lord truly spoke to my discontent and weary heart!

And I can thank my friend Christina for that!

Christina and I have been friends for a little over 3 years. And in the short time that I have known her, she has been the picture of  immeasurable strength and courage! A true example of what it looks like to possess true happiness;  the kind that isn’t dependent on outside forces.

Christina is a dear friend to me, and yet I have only met her face to face twice.

It’s complicated, but I think Christina’s words to me best describe our friendship:

I know we’ve hardly ever met, but something about you and your husband is special to me, I don’t know how to describe it. Sometimes people are put in our lives at just the right time.

You and Ricky reminded me what it was to be young and in love, and inspired me with your posts, just when I needed a boost. So it always seemed like a friendship.

In our mere 3 year Facebook friendship, she was one of the very first people to ‘like’ our ultrasound picture the day we announced that we were expecting a baby. And still to this day, I can remember the heartfelt message she sent the day we brought our precious little baby girl home with us from the hospital – no doubt reminiscing herself, of the day when she did the same with each of her own children.

Even when my husband and I humorously bickered back and forth, or posted borderline cruel pictures of each other on Facebook, she seemed to instantly get our sense of humor and was always sure to intergect her playfulness and wisdom – which of course, always pointed towards me being right!

She was always so genuinely happy for us, and I couldn’t understand it. I almost felt unworthy of the overwhelming kindness she never failed to flood us with!

Still to this day, she is one of the only strong friendships I’ve had on Facebook, with someone I’ve nearly never got to spend time with in person!

But like Christina said, “Sometimes people are put in our lives just at the right time.”

That was proven, when throughout my father in-law’s battle with cancer her constant presence was there; leaving encouraging messages of high hopes and support, and offering an understanding few others could give…

because she too, was in the fight of her life!

We watched as she battled stage four breast cancer, and as the fiery red curls that had once cascaded down her back, fell out…

But she was never anything less than captivatingly!

But she stayed courageously hopeful!

There were times when she was candid, and raw; vocally standing up to the cancer that kept knocking her down…

But her graciousness and compassion never wavered!

There were small victories, where we all rooted enthusiastically for her from the sidelines,

And there was heartbreaking lows, that had us in tears on the other end of the computer screen. 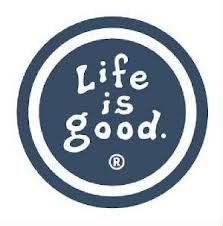 After an extensive battle, it was decided that all treatment would stop and that she would enter hospice.

Once again, she would take us all by surprise, when – the day the heartbreaking plan was announced – she changed her Facebook profile picture to one similar to this;

And there it remains still to this day!

I’m feeling pretty good today, on and off,  the best I’ve been for awhile.

I got to witness some great acts of love and holiday spirit. I live for those, you know…

A good and happy day where I can type, are few and farther now, so I celebrate them.

Thank you all for the happiness and love and great visits and chats. Thanks, so many thanks.

As I almost ‘studied’ her last facebook status, I was overwhelmed with shame -imagining the magnitude of the pain she had suffered over the course of those last two years-

Her ability to describe a “good and happy day” as one where she can merely type!

Embarrassed, I thought back to the last few days of this week, where upon my husband returning home from work, I could barely muster up the words to describe my day as anything more than “difficult”

Why, because my living room floor is an endless sea of books and toys?

Or because as a stay at home mom, my lack of reasons to get out of my pajamas and put on makeup in the morning, often leaves me to question my worth?

Not to mention the looming responsibility of making a ‘homemade meal’ that by society’s standard should be prepared with love (and preferably organic with no GMO’S), and conveniently being pulled from the oven at the exact moment my husband walks through the front door- Inconvenient for me however, because this is also around the time that I’m nearly at my wits-end and about .04 of a tantrum away from having one myself!

Christina reminded me however, that no matter how real these feelings can be at times, one thing is certain- I don’t know ‘difficult’!

My heart sank, as I realized that if SHE was able to speak out of such sincere gratitude when she was facing ultimately, the greatest loss – her life! – Then what on god’s green earth was MY excuse?

This week, Christina taught me a valuable lesson that both Noah and Abraham combined couldn’t have breathed into these lifeless lungs!

I need to celebrate life!

Celebrate till my last breath the way Christina did!

Celebrate that fact that even the dingiest apartment can be made ‘homey’ with vanilla scented candles, early morning giggles under the covers, and freshly baked bread on the stove.

And that the husband I may feel like doesn’t see eye to eye with me every second of every day, is still the only man on the face of this planet that can give me butterflies!

Celebrate that even on the most tiring of days, with my daughter cuddled up in my arms, all the tantrums, timeouts, and snotty noses, melt away in the name of snuggles and bedtime stories. 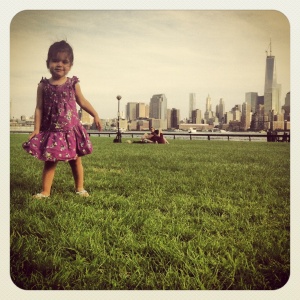 Even when my frustration mounts, and the endless people and pandemonium of NYC gets to be too much, I can celebrate the beauty of it from across the river, allowing just enough space to fall in love with it all over again!

Christina is right,  it’s most definitely ‘a good and happy day’ !

And we’ve been waiting way too long to celebrate it!

Though much is taken, much abides;

Moved earth and heaven, that which we are, we are;

One equal temper of heroic hearts,

Made weak by time and fate, but strong in will

To strive, to seek, to find, and not to yield.

-Alfred Tennyson, as posted by Christina’s husband throughout her battle with cancer.