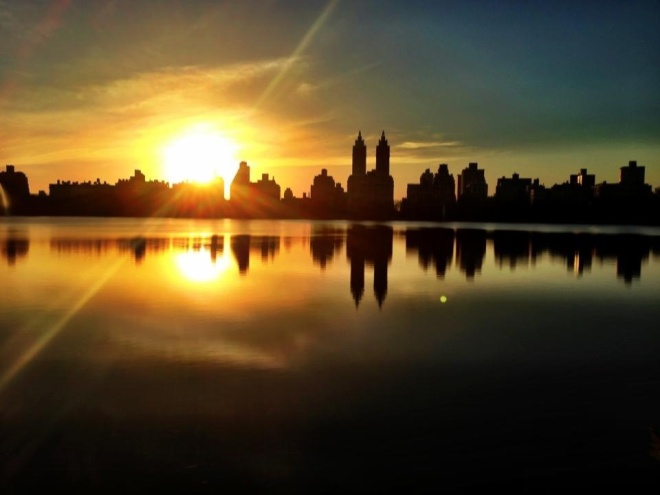 Last week I was the picture of strong faith.

I must have put a big smile on Gods face, when early in the week I sat in the same diner where I had once questioned God’s plan for my life (You remember the one: where what I lacked in faith, I stuffed my face with mediocre chocolate cake on the corner of 52nd and 8th)

This time however, I sat in the diner praising God between sips of coffee, and thanking Him for all the ways He has shown up for my family this last year. Even solemnly swearing to never allow my faith to ‘slip-up’ like that ever again!

… and surely it wouldn’t,  I was much more seasoned now!

Later in the week, I gave some wise-beyond-my-years encouragement to some friends who were lacking in the ‘faith department,’ and gave them some pointers and a Bible passage that I had found just a couple of days earlier.

Verses that God must’ve brought to my attention for them, and so obviously, not for me! Right?!

… After all I was a frickin’ faith warrior!!

That is, until my lease agreement arrived in the mailbox.

I will spare you the details. Just know that there is NOTHING that will elevate a New Yorker’s stress level like an impending lease renewal!

There is only one major requirement for living in Manhattan – other than possessing a piss-poor attitude – and that’s money, money, (and according to my new lease) MORE money!

… More money than the non refundable $8,000 I had to put down on this apartment… more money than the monthly rent I pay that is DOUBLE my mortgage back home… more money for the apartment that has been at the source of my most traumatic posts and my need for therapy, thanks to 1.) Mice (PLURAL) 2.) The pure madness that ensues when one’s child gets the stomach flu and vomits on literally EVERYTHING and you don’t have a washer and dryer... Oh, memories.

I think you would agree, my apartment is NOT worth MORE!

… And those 3 pieces of paper awaiting our signatures, was all it took to throw me over the edge, and spiraling out of control into a fit of faithlessness! And since I am such an overachiever in my lack of faith, it was only fitting that my full-blown panic mode would lead me to question whether God even wanted me in New York City in the first place!

But then I remembered those verses that I had read this last week – the same verses I had humorously, believed God couldn’t possibly have had in mind for me! (Insert: dramatic scoff)

When the servant got up early the next morning and went outside, there were troops, horses, and chariots everywhere. “Oh, what will we do now?” the young man cried to Elisha.

“Don’t be afraid! For there are more on our side than on theirs!”

Then Elisha prayed, “O Lord, open his eyes and let him see!” The Lord opened the young mans eyes, and when he looked up He saw that the hillside around Elisha was filled with horses and chariots of fire.

Much like mine, the servants faith was shaken out of nowhere! One day he was going about his business (maybe even gloating at the ‘mighty faith warrior’ he saw staring back at him in the mirror…) and then all of a sudden he was crying out in overwhelming fear! And if he was like me, drowning his sorrows one spoonful of peanut butter at a time…

What struck me most though was Elisha’s prayer… a prayer that I had never prayed before!

A prayer for God to open our eyes when we are most fearful, and when we’re struggling see what He is doing in our lives. When worry, stress, and our lack of faith, have us THISCLOSE to giving up on the life God has so beautifully designed for us (at times, over only silly things like an increase in rent!)

When it seems that the troops are closing in and we feel hopeless at the circumstances ahead of us, a prayer asking the Lord to reveal to us – the even more powerful army – that He has ready to wage war over our dreams, and at times for our mere survival!

We need only look to Him…

It says that, “when [the servant] looked up he saw that the hillside was filled with horses and chariots of fire…”

It is when the servant took his eyes off of what was overwhelming him – and looked up – that he became less focused on what was threatening to take him down, and more focused on what the Lord had perfectly orchestrated to make him stand triumphant!

The truth is, these last few days I have stared dead-on at the circumstance ahead of me. The mascara has run… the peanut butter has been consumed… and unfortunately no matter how long I study the lease agreement the number never changes….

In my panic I have contemplated running from the very city that I know deep down God has called me to, and yet never once did I look up to Christ for the comfort and reassurance that I so desperately need! Never once have I prayed for the Lord to open my eyes, and wipe away every last ounce of faithlessness that has been clouding my vision of His perfect plan for my life!

Like Elisha said, “Don’t be afraid! For there are more on our side than on theirs!” So no matter the enormity of the troubles we are up against today, and no matter how hopeless we may feel, Our God has got this! And He will dominate anything that stands in the way of us and the life He has beautifully laid out for us! (… In much of the same way that the Seahawks DOMINATED the Broncos! Sorry, shameless plug! *Cough* GO HAWKS! Alright, back to Jesus–)

…And so I will look to the Lord and pray the prayer I have never prayed,

And if next time you can remind me this truth BEFORE I put my foot in my mouth, all the better!”  😉

17 thoughts on “The Prayer I Have Never Prayed”