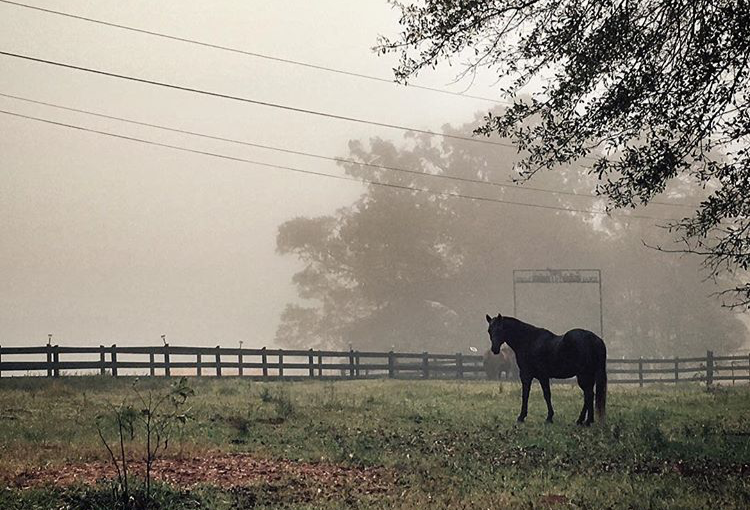 When my life fell to pieces everyone disappeared.

My 950 friends on Facebook, pointless. My blog, a mere platform for the curious. And the women I once regarded as ‘besties’ bolted, seemingly putting their priority elsewhere and not on helping me pick up the (broken) pieces of my life.

Looking back, I needed someone to see me; to bring me a meal, to show up at my door unannounced and drag me out of bed — and on an especially bad day, to a mental hospital!

Hear me when I say, I am in no way angry or bitter. (Far from it.) In fact, I am grateful; grateful to have survived that dark time, and even more grateful to have learned such valuable lessons, not in spite of the people who failed me, but because of them.

Lesson #1: Many will leave, few will stay.

There was a woman in the Bible named Naomi, who after losing her husband and both of her sons, was so overwhelmed with pain and loss she considered herself unrecognizable to the person she once was (she even believed her name would no longer suffice after enduring such suffering.)

In the end, many people left her side. They felt terrible for her of course, (may have even got misty-eyed reading her latest blog posts, or even said a sweet prayer for her around the dinner table) …but they still left.

Like Naomi, many of my friends left my side and held my heartache at arm’s length.

But Danielle… Drove all the way into Manhattan traffic every other week to take me to Target. She could never have known that the invitation to walk those aisles was oftentimes the first time I had left my apartment in weeks, due to the severe anxiety and depression I had been plagued with.

But my mother… Took every phone call, literally every single day, no matter how long or short I needed to unpack (and no matter how pitiful I was on the other line.)

But Ollie… Sent me books I never had the energy to read, and lovingly told me what no one else had the courage to say: that I desperately needed to be on an anti-depressant.

I don’t know where I would be if it had not been for the (few) friends who, like Ruth, clung tightly to me through my heartache.

Lesson #2: Many will scold the lies we believe about God, few will show us the truth.

There was a moment on the bathroom floor, ridden with grief and in the midst of a severe panic attack, that I was certain God was punishing me. Worse, that He had given up on me.

Like me, Naomi also believed lies about God. But while watching her friend writhe, question and shake her fists at God, Ruth did something surprising: she stayed right by Naomi’s side. (Ruth 1:16-17)

Interestingly, God promises to do the same.

Don’t miss this… When her friend had lost sight of God’s love, Ruth chose not to scold her for the lies she believed about God, she chose to show her the truth about Him — that God would never leave her side!

In doing so, scripture says, Naomi said nothing more.

Now I ask you, what better way to shut down the lies of the enemy than to outwardly show our friends the love and loyalty of our Savior?

Lesson #3: Many may hear of our pain, but few will not flinch in the midst of it.

I find it somewhat amusing that people still squirm uncomfortably and struggle to make eye contact, when I tell them how close I was to getting divorced or how severely depressed I was.

I can’t count the times I have watched them inch farther and farther away from me, as if the derailment of my life is contagious. (I am convinced it’s a southern thing, for which I will NEVER adapt.)

A friend who exactly two years ago, listened to my husband and I as we described how hopeless our marriage was and how close we were to getting divorced (literally, mere hours before!)

I will never forget how he listened intently as we gave him reason after reason of why God should be done with us (And believe me when I say, legit, God should have been done with us!)

But more than that, I will never forget how our friend leaned in, looked our unworthiness straight in the face — and on our darkest day — never flinched.

….And how in that moment, we realized something profound: That our God had never flinched either.

Here’s the truth, when we squirm, fumble, and struggle to maintain eye contact with another person’s hopelessness or the mess they have made of their lives, we are telling them our God does the same.

— And that couldn’t be farther from the truth!

Romans 8:28 sets the record straight saying, “…Nothing can ever separate us from God’s love.”

So for God’s sake – literally – may we be the person who doesn’t flinch.

May we be the person who sits on a porch late into the night as it rains, talking with our friends about how hopeless of a hand they have been dealt; acknowledging both their desperate need for a miracle, and that God can do it. (because, duh, we are proof.)

May we choose to console and not correct. To cling tightly to those around us and quiet the lies of the enemy by showing them the truth about their Deliverer who is, in this very moment, coming to save them — No matter what they have done, and no matter what a disgrace they feel they have become.

Because what I learned from the people who failed me, is that we could only be so lucky to be given the chance to look another person’s unworthiness straight in the face, and not flinch.

…And in doing so, point them to the God who — even on their darkest days — never flinched either.

5 thoughts on “Lessons Learned From The People Who Failed Me”