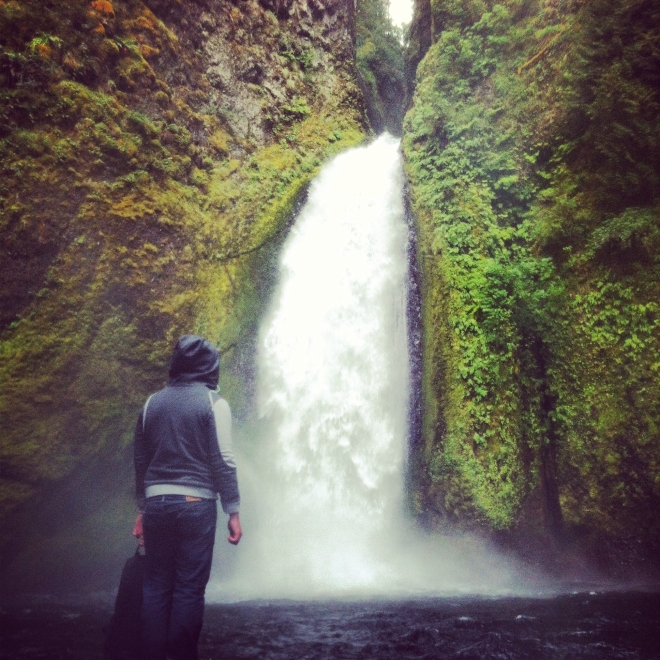 Startled, my eyes opened in a fury, darting across the room with more questions than I had gone to sleep with …What time is it? …What day is it? … Please Lord, tell me it was all just a terrible nightmare…

Still disoriented, I strained to make out the figure still standing in the doorway, the lanky frame of my 3 year old slowly coming in to focus. I noted the stern look on her face was one I had never seen before…

Out of duty I complied, positioning myself upright in bed as I continued my search for answers long after my daughter dashed down the hallway praising my awakening.

My eyes fixated on the nightstand by my side, a bottle boldly labeled ‘PAIN RELIEF’ brought the events of the last 36 hours flooding back…confessions made in the dark… phone calls to different timezones that began with, ”I don’t even know how to say this…” and sitting alone on a balcony feeling the paralyzing weight of decisions that would have to be made, and yet ZERO willpower to begin making them.

As I recounted the events of that night, I picked up the bottle of pills, recalling each of the 33 hours I had been too tormented to sleep…

The hours that felt like days, watching the stillness of the city transform with the rising of the sun into a bustling spectacle that offered no more than the cruelest reality; that the world never stops, even though mine so devastatingly had…

I rolled the bottle around in the palm of my hand, pondering the irony of its promise to provide “Pain Relief” when in no way could the contents relieve me of the pain I had been confronted with.

I put the weight of my head in my hands, tightly closed my eyes, and declared to the universe that if for the last 6 months I had been ‘breaking,’ than this final blow had left me shattered.

I had only one question left for God,

His response was as infuriating as it was comforting,

In Exodus it says, “God did not lead them [the Israelites] along the main road even though that was the shortest route to the Promised Land… God led them in a roundabout way through the wilderness toward the Red Sea.” (13:17-18)

You see, God led his people tirelessly through the wilderness, to a place of complete hopelessness. Even more alarming, He planned it that way!

He goes on to address the people of Israel by saying, “…And once again I will harden Pharaoh’s heart and he will chase after you. I have planned this in order to display my glory.” (14:3)

It’s as if God is saying, “Listen, I know you thought you were in the clear (finally free from a lifetime of slavery and all that ish) but mark my words, its going to get BAD! Here’s whats on the agenda: I’m going to take you on an emotionally taxing, physically exhausting journey through the wilderness until you reach a place of complete and utter hopelessness and have no where left to turn… Oh, and if thats not bad enough, it’s going to get WORSE because I am going to have Pharaoh chase you!!!

P.S. I planned it that way!

But it’s what He said next that struck me most, “…My great glory will be displayed through Pharaoh, and his troops, his chariots, and his charioteers…” (14:17)

In other words, God will reveal his mighty power through the very thing that has us on our knees and is threatening to take us down!

He knows what we are up against – be it broken marriage vows, heartbreaking infertility, or a paralyzing journey through depression – whatever it is, it is in our most terrifying times that God will point us back to how strong and miraculous HE is in spite of those circumstances, and maybe even because of them!

Could He have led us down an easier route? Without a doubt.

But two things are certain: Had He not dragged the Israelites kicking and screaming through the wilderness, (1) they would have both avoided their problem altogether by bypassing the Red Sea completely AND (2) missed the chance to be front-and-center to one of the greatest miracles of all time when God made a way straight through their biggest problem by parting the Red Sea!

So when it feels like God has taken us on a roundabout journey… through the wilderness… to a place of complete hopelessness… recognize that just like the Israelites, we are also on the edge of something equally MIRACULOUS!

Because our God is greater than what we are up against, and more relentless than the enemy pursuing us! He is able to RESCUE your struggling marriage and your dwindling happiness, and like a mighty warrior, The Lord will FIGHT for you to overcome your most overwhelming addictions and illnesses!

What you have been led to, our God will see you through. So let us not cower in fear at the circumstances racing towards us, or crumble at the sight of the sea of hopelessness we are up against…

With God as our strength, we can stand our ground, face our greatest fears head-on, and watch for the miracle to unfold.

… Because that’s what God does when he drags you through the wilderness.

17 thoughts on “When God Drags You Through The Wilderness”