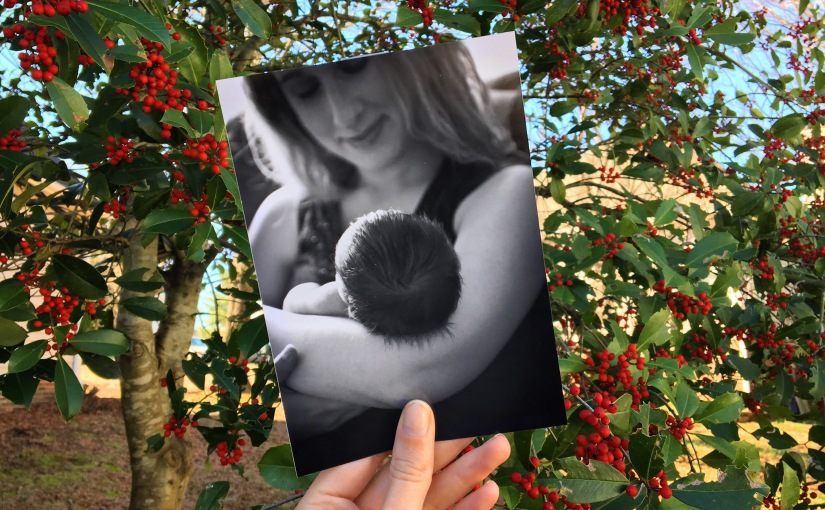 Today would’ve been the due date of my second child.

Today, on the day my baby would’ve been born, I’ve chosen instead to reflect on the promise God made me. (It’s the same promise God is making to you, no matter what dream of yours has seemingly died.)

It all started when God came to me in a dream…

It sounds nutty, doesn’t it? God coming to you in a dream. Very Old Testament. But that’s what she prayed; the woman who showed up at my doorstep with wine and cheese, when all hell was breaking loose on my life. It was weeks after losing the baby, and to be honest, I didn’t even know her that well.

But that night she prayed a prayer I’ve never had prayed over me before: That God would speak to me in a dream.

I went to bed that night curious… expectant… and a little creeped out, if I’m honest.

…But nothing happened. Not a single dream, and not a single sign of Jesus.

The next day, I went about my usual business; wrangling my preschooler and begging her to stop eating all the marshmallows out of the box of Lucky charms (yah know, the usual.) And yet, it was in a twenty-minute power nap that God would indeed speak to me, but not at all like I expected…

I hadn’t even meant to fall asleep, but the moment I awoke I looked at the clock and realized instantly, that I was late for an appointment. I quickly bolted into my daughter’s room and woke her, running the brush quickly through her sweaty, jostled locks before throwing her into the car along with a few packs of fruit snacks for good measure.

Only after I began driving, did I recall the dream I had just had smack-dab in the middle of a Monday. A dream recounting three real-life memories – only I – knew about.

In my dream, I was looking down on myself from above as they were unfolding…

The first memory, took place in my bedroom. I could see myself lying in bed, my hands clutching my belly and the blueberry-sized baby I knew at the time was fighting for it’s life. Instinctively, I’d known from the beginning that something was wrong with the pregnancy, and because of that, I’d remained almost emotionally detached from the little life growing inside of me. But on that day, and after receiving word from the doctor that ‘there could be a chance at survival,’ I prayed like hell for that to be the case. I watched, as I laid there, tears pooling on my pillow as I prayed out loud to the God I truly trusted, to save the baby I terribly longed for.

The second memory, was on a dark and gloomy day just weeks later, and after I’d been diagnosed with an Ectopic Pregnancy (a pregnancy that would ultimately take my baby’s life, and with no medical intervention, take mine as well.) I watched, as I sat all alone in an exam room observing the rain pounding furiously outside the hospital window that night, my eyes following each rain drop that made contact with the glass, tracing its path as it slithered down the length of the window. It was the only thing I could do to keep my mind off what was about to happen. Moments later, doctors and nurses rushed in to administer the chemo that would ultimately kill my baby, and save my own life. I watched as my fists bunched up tight by my sides, and the tears I had been working so hard to contain, pour almost violently from my eyes. This wasn’t the way it was supposed to be, I had thought to myself as the chemo ran hot through my veins. I felt the nurse’s touch, heavy but comforting on my arm. There were no words. How could there be?

The third memory, was the bleeding. So. much. bleeding. For so many weeks. It was a striking, if not alarming, reminder of the baby I was every day, getting one day closer, to losing… and I watched in my dream, as I held back fits of tears and filthy curse words in the bathroom at the thought.

Such a strange dream. No one else knew those three memories, except for me — and even I had almost forgotten them! (If I were honest, maybe I tried to.)

But as I drove and recounted the dream I had just had, I could feel God speaking so clearly to me. He said, “The vantage point from which you saw yourself in that dream, was Mine — I was there for each of those moments, looking down with compassion from heaven as you cried.”

I haven’t forgotten, it was as if God said.

When I arrived to my appointment, I pulled the keys out of the ignition, and scrambled into the waiting room. I was surprised to find the doctor meeting me at the door. Even more surprising, was how he greeted me…

Rather blatantly, he asked, “Are you pregnant?”

It was the very first thing he said, and it caught me off guard completely to say the least.

Um, no…no, I’m not, I said rather awkwardly (wondering secretly if he had some crazy spidey-sense that knew about God coming to me in a power-nap, when in actuality, it was just protocol to ask a patient before being x-rayed.)

Almost correcting me, He replied, with a big smile on his face, “…you’re not pregnant, yet!” He said, before turning and motioning me to follow him back to the room.

It was the most random response.

And yet, I heard God speak again, almost audibly through the doctor’s response, “You’re not pregnant YET…”

I don’t know what dream of yours God allowed to die. Maybe its a marriage, a career, or a baby, like mine. Maybe you too, feel light years away from your most longed-for desire ever becoming a reality. (I’m with you.)

But here’s what I know: God has not forgotten, and He is not finished.

You may not be pregnant, yet…

You may not be married, yet…

You may not be (happily) married, yet… (Been there, done that.)

You may have not found a job, yet…

You may have not beat cancer, yet…

But understand, there is no dream we can give up believing in that God cannot bring back to life. There’s nothing we have endured that God wasn’t there for, and no heartache we have experienced that God doesn’t recall in detail and hold in His hand. God is right by our side — He always has been, looking down with compassion from Heaven as we cry.

“My Child, there’s no need to fret — I’m just not finished yet!” God is promising to you and to me (in a twenty-minute power nap in the middle of a Monday, of all things.)

…And that’s what I’m choosing to hold onto, on the day my baby (would have) been born. 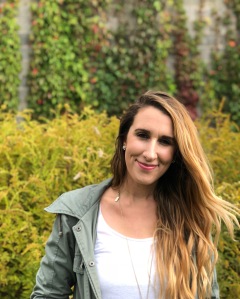